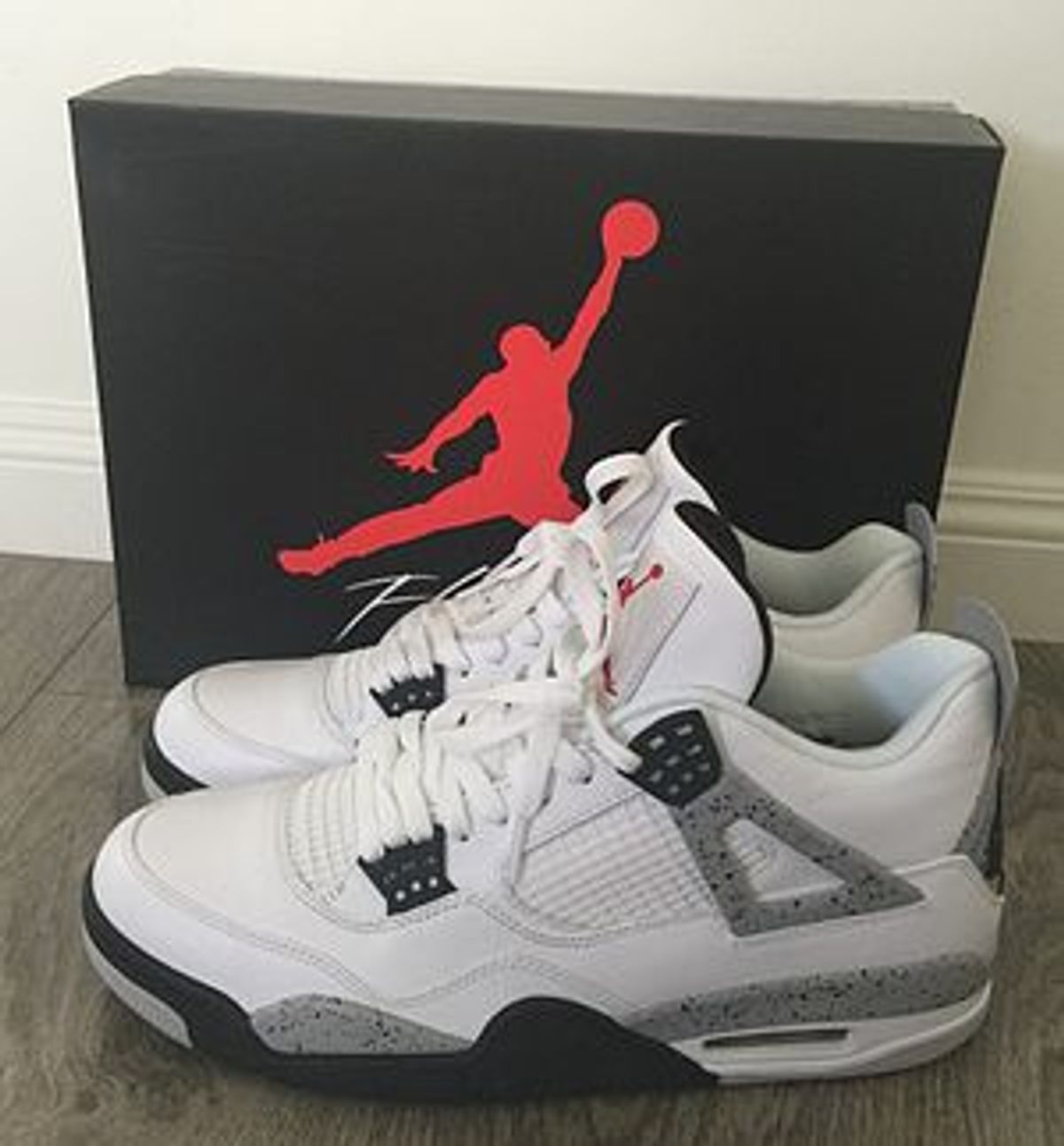 In 1989, Nike released the Air Jordan IV to the public. Designed by Tinker Hatfield, it was the first Air Jordan released on the global market. It had four colorways: White/Black, Black/Cement Grey, White/Fire Red-Black, and Off White/Military Blue.

Nike featured director and actor Spike Lee in ads for the AJ IV. Lee had featured the shoe in his movie Do The Right Thing.

Michael Jordan wore the Air Jordan IV when he made "The Shot," a series winner in Game 5 of the 1989 NBA First Round between the Chicago Bulls and the Cleveland Cavaliers. In 2012 a Cavalier colorway dubbed the "Cavs" was released to honor "The Shot."