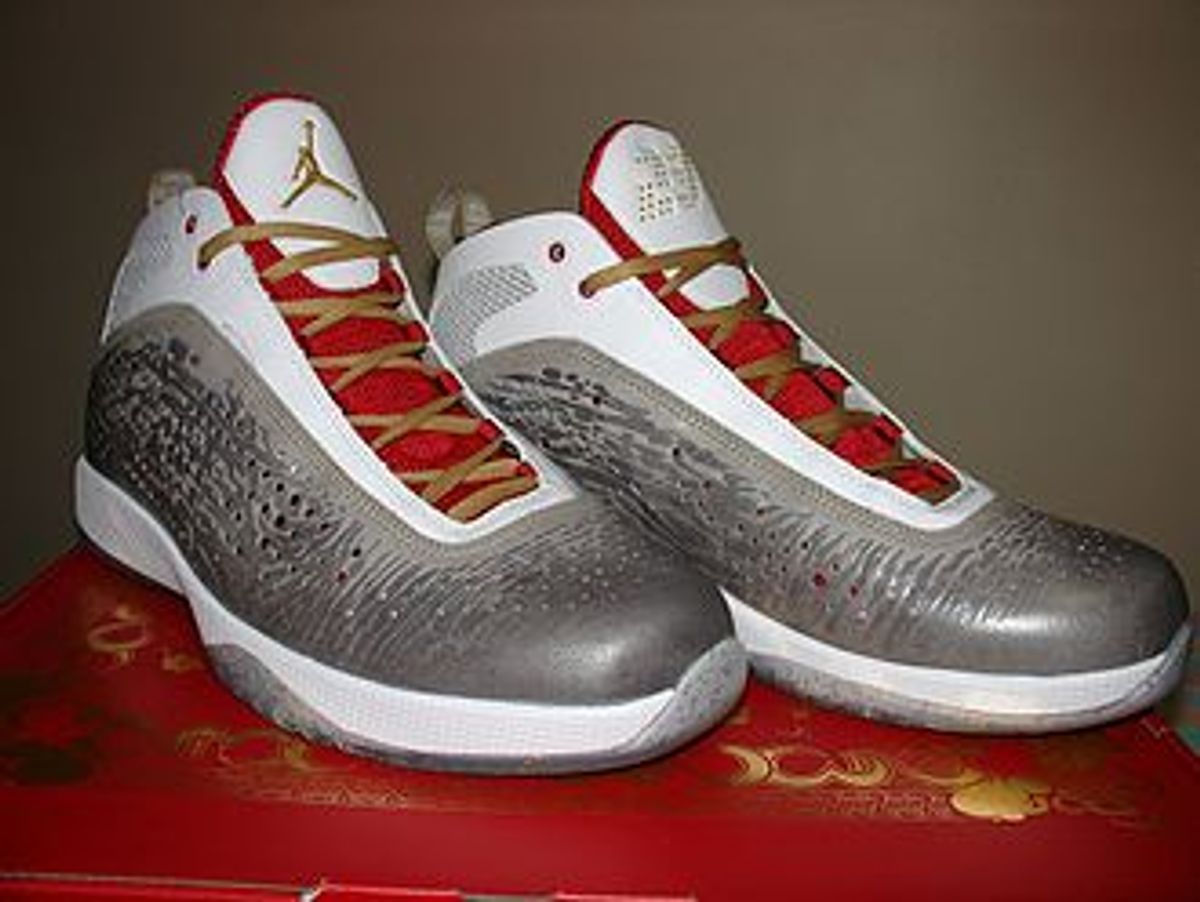 The Air Jordan 2011 was endorsed by Dwyane Wade in 2011, Jordan Brand decided to keep the fans happy with the release of the Air Jordan 2011. The shoe has inter-changeable insoles – The Red, "Explosive" one is claimed to symbolize power, and a Blue, "Quick" one, supposedly for quickness. Four colorways of the shoe were released on February 19, 2011 in correspondence with the 2011 All Star Game. The first colorway was White/Black. There were also White/Red and White/Blue colorways that coincided with the East/West Jersey Colors. The "Year of the Rabbit" colorway was a limited release that celebrated of Michael Jordan's Chinese zodiac sign, coinciding with the current zodiac sign, the Year of the Rabbit.

The 2011 has a unique design along both sides of the shoe. It is a star-constellation pattern that also serves as breathing holes for the shoe to keep it well ventilated. It uses patent leather wrapped around the shoe. The shoes are hand burnished and crafted. A dress shoe that feels similar to the XI was reported to be the goal.