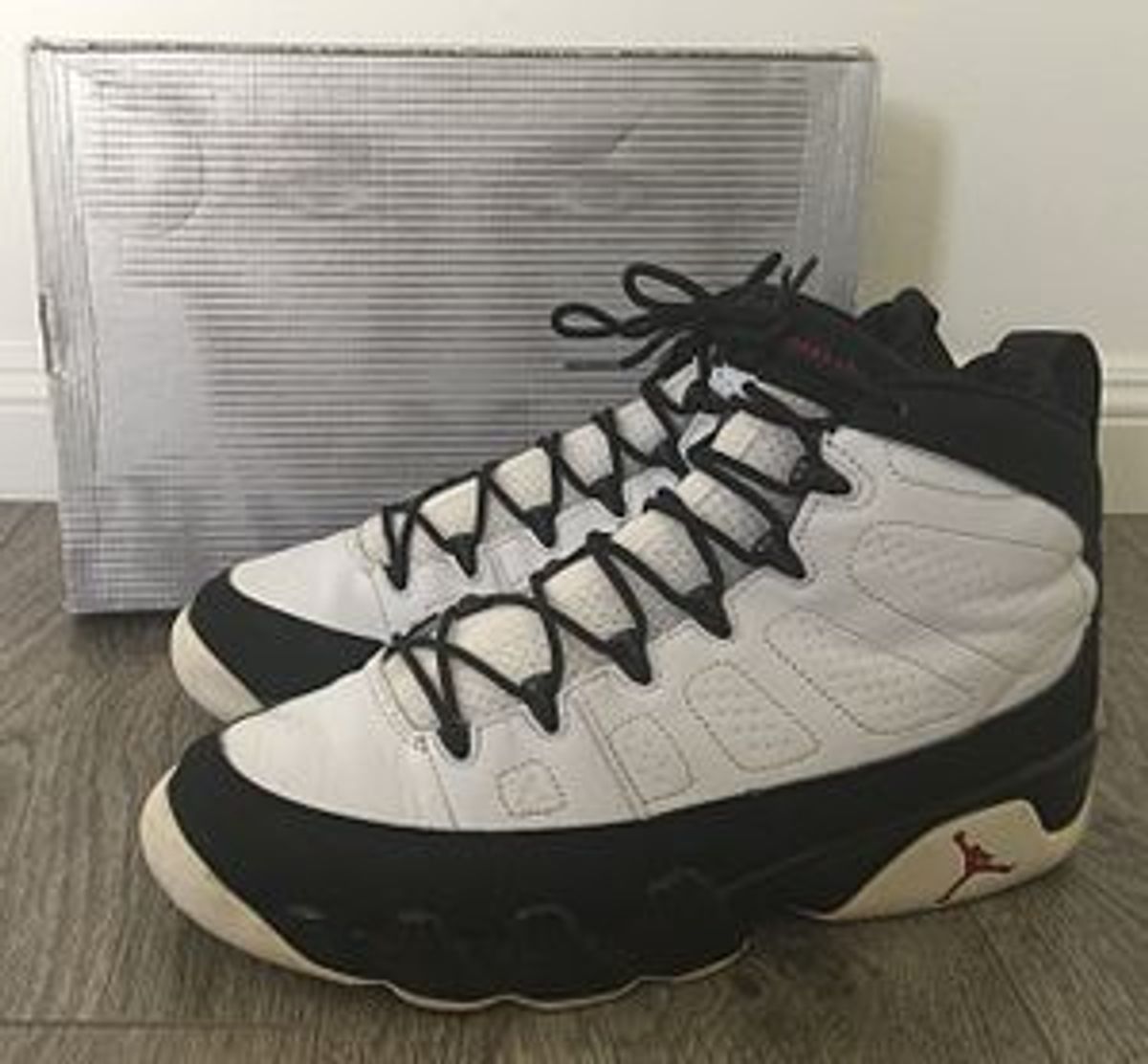 Like the VII and VIII models, the Air Jordan IX featured an inner sock sleeve and nubuck accents. The sole featured different symbols and languages of different countries. The Air Jordan IX has been the shoe chosen to adorn Jordan's feet for his statue outside of the United Center in Chicago.

In popular culture, the children's movie The Little Rascals depicted one of the bullies, Butch, wearing a pair of these shoes. American rap icon Tupac Shakur also wore Air Jordans in a popular "Thug Life" photo in 1993.