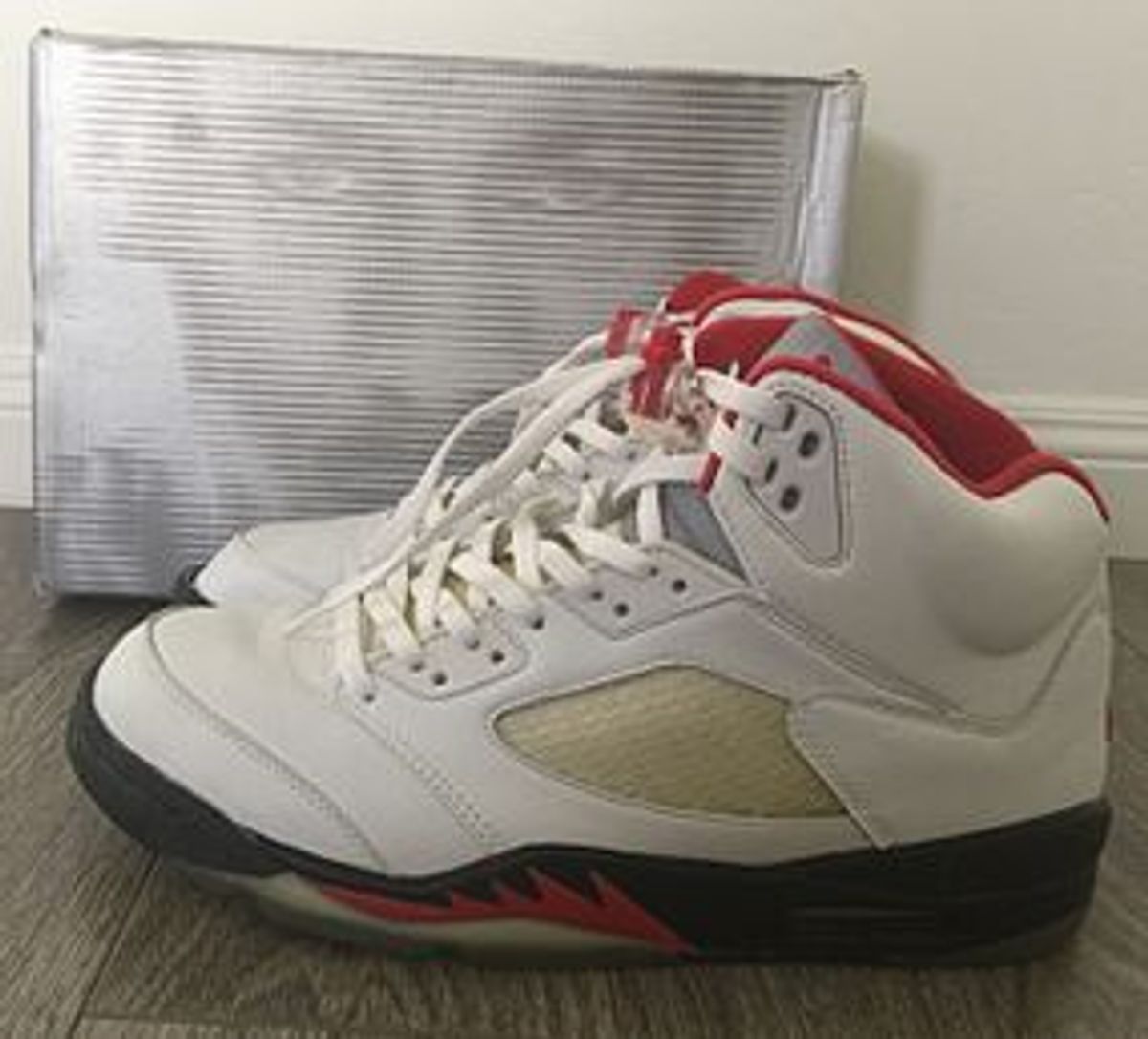 The Air Jordan V was released in February 1990, designed by Tinker Hatfield again. Some elements were carried over from the Air Jordan IV, but overall they were a completely new look. Some of its new features include a reflective tongue (with a unique protruding design and look), translucent rubber soles and lace locks.[7] The soles gave them a new look, but yellowed over time when exposed to moisture and were the source of many complaints early on due to the slippery nature of the soles when collecting dust.

Hatfield is believed to have drawn inspiration for the Air Jordan V from World War II fighter planes, which was most notably visible in the shark teeth shapes on the midsole. The Air Jordan V was reintroduced in 2000, including a new colorway featuring Michael Jordan's high school (Laney High) colors. In 2006 several V's were reintroduced, including the LS "Grape" V's, the LS "Burgundy" V's, the "Fire-Red" V's, the "Green Bean" V's, and "Stealth Blue" V's. Along with the latter, a very limited laser design and the black/metallic/fire red colorways were released in early 2007.

The Air Jordan V saw a lot of use in popular sitcom The Fresh Prince of Bel-Air. During many episodes Will Smith wore the 'Metallic Silver', 'Grape', and 'Fire Red' colorway. To pay tribute to his character, Jordan released the Air Jordan 5 Bel Air in 2013.[8]