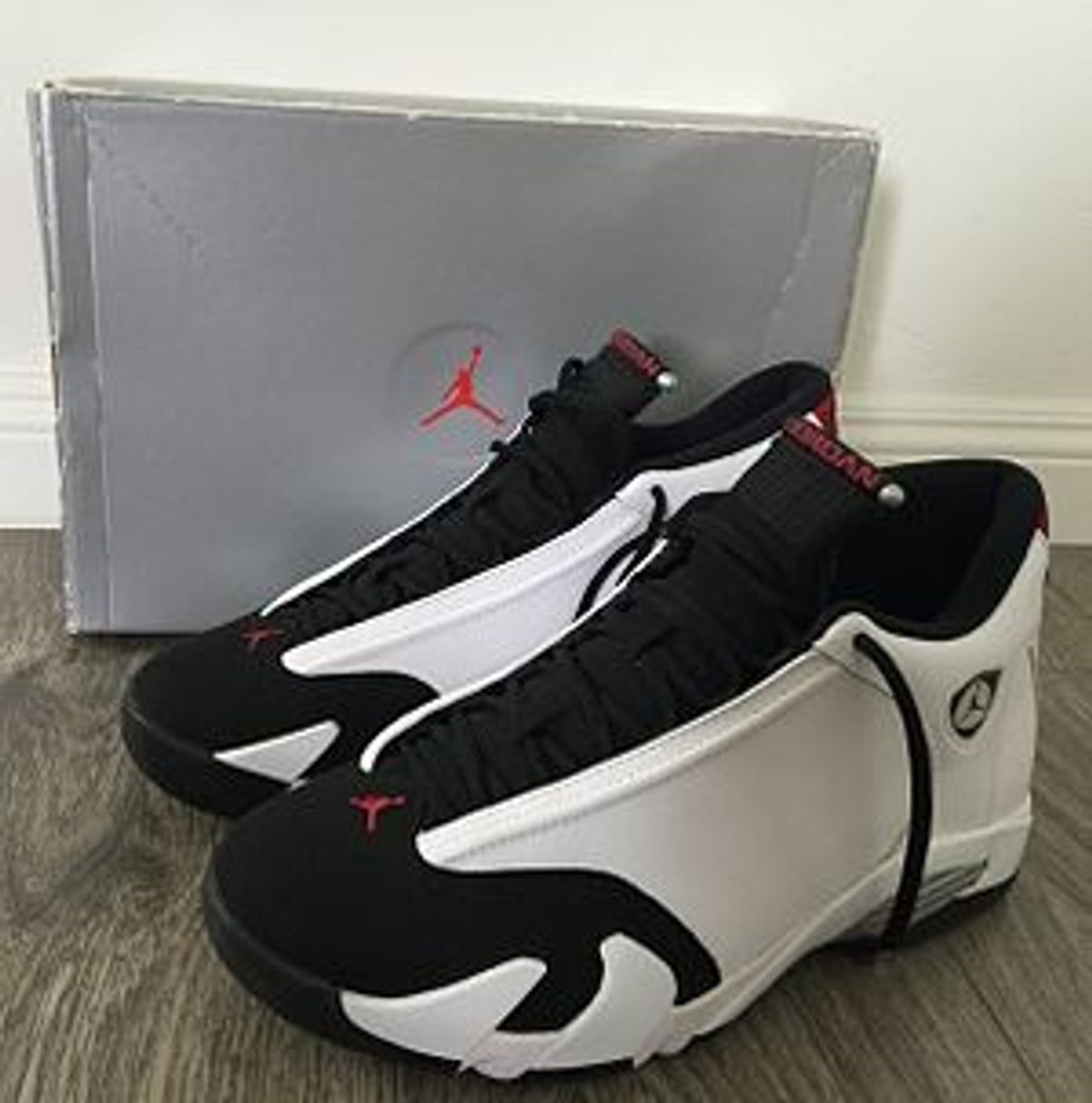 The Air Jordan XIV co-styled by Hatfield and Mark Smith was made race ready and equipped with the Jordan Jumpman insignia on a Ferrari shaped badge. In addition, these shoes include breathable air ducts on the outer sole. The color scheme of predominant black accentuated with red was nicknamed "The Last Shot" because Michael Jordan wore them as he hit the game winning shot over Bryon Russell, of the Utah Jazz, in his final game with the Chicago Bulls in the 1998 NBA Finals.

There are 14 Jumpman logos on Air Jordan XIV's—7 on each shoe—corresponding the shoes' number in the series. They can be found in the following places: