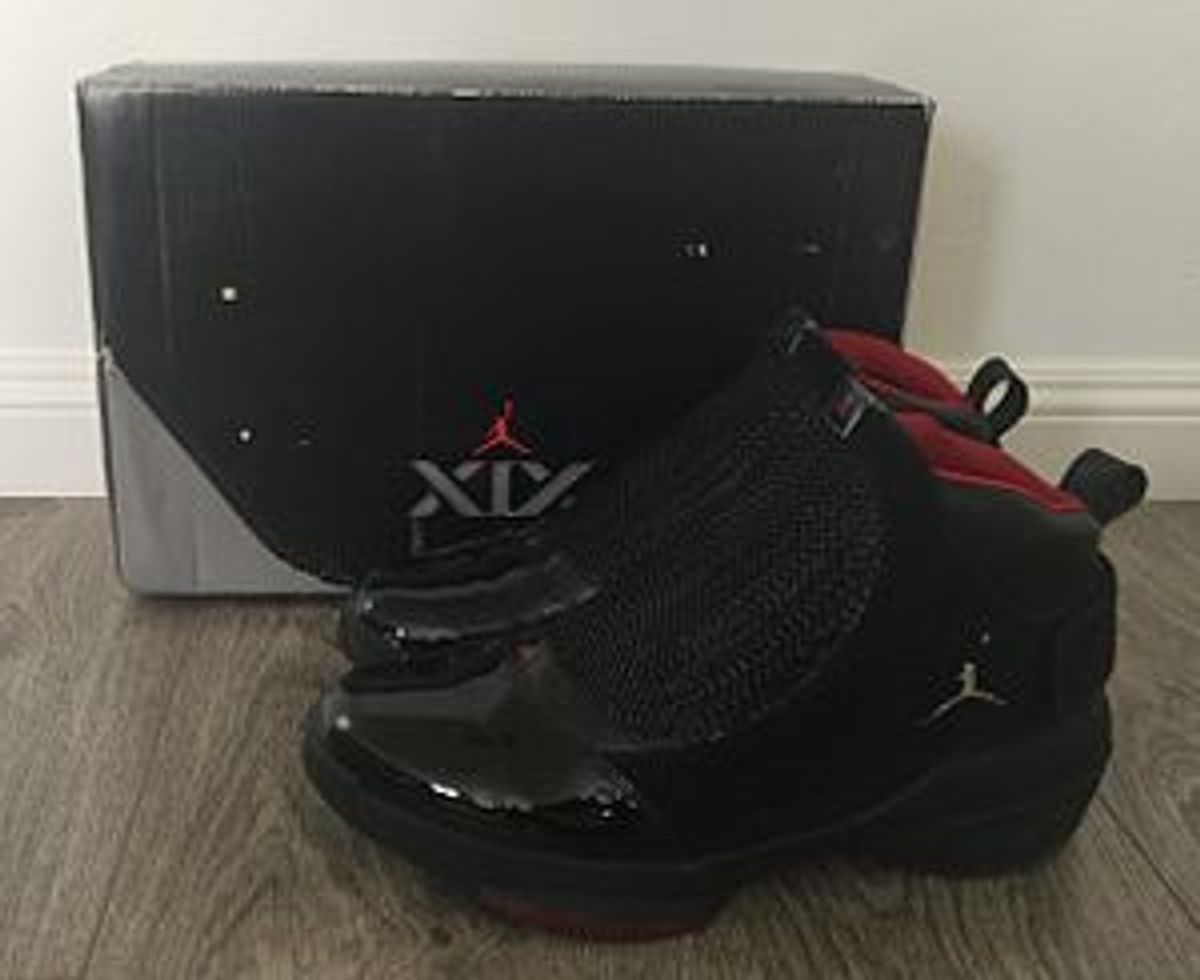 Released in 2004, this is the first Jordan release after his third, and final, retirement which came after the 2002–03 NBA season. The design was inspired by the black mamba snake, and two original colorways where released: white/flint grey and black/red. Three regional colorways and three special edition colorways were released. They consisted of the East, West, and Midwest edition for regular and West, East, and Olympic for the SE (special edition).

The Air Jordan XIX used innovative materials. The upper section of shoe was developed in collaboration with the global materials consultancy Material ConneXion, who sourced Nike a sleeving normally used in architectural applications for protecting PVC pipes from bursting. In theory, this allowed for a shoe without laces, because the sleeving does not stretch. Nonetheless, the Air Jordan XIX model did include a set of laces behind the sleeve to better secure the shoe. They are the lightest Air Jordans ever made.[citation needed]