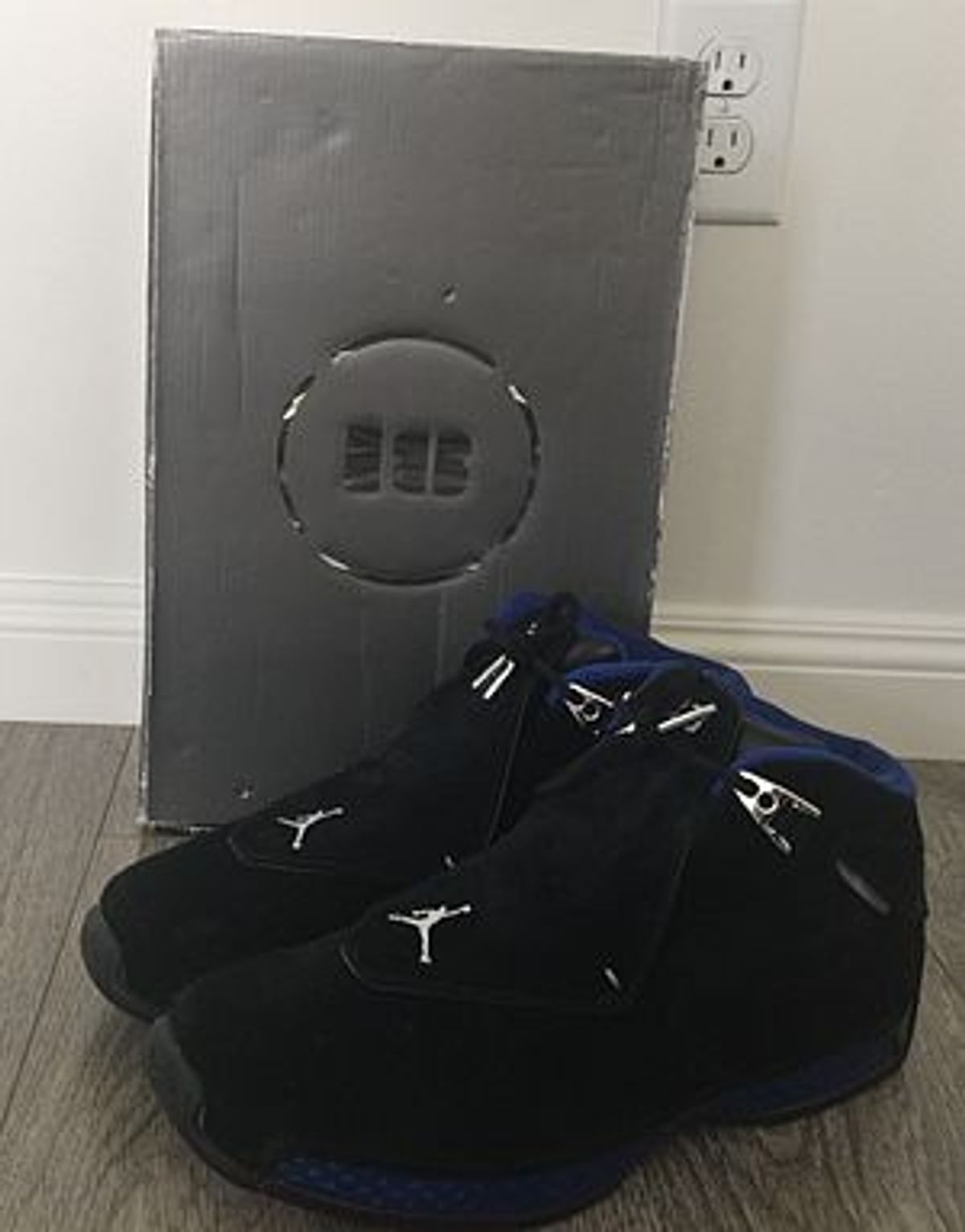 The Air Jordan XVIII shoe was released in 2003, and was the shoe for Jordan's last season, in which he played for the Washington Wizards.

The shoe was designed by Air Jordan Senior Footwear Designer, Tate Kuerbis, a person that had been part of the Jordan footwear design team since 1999 and with Nike since 1995. The inspiration for the design came from a number of things; sleek racing lines of the auto world, carbon fibre-based monocoque of F1 race cars, race car driving shoes (rubber heel wrap) and Fine Italian dress shoes (bold stitching on the soles).