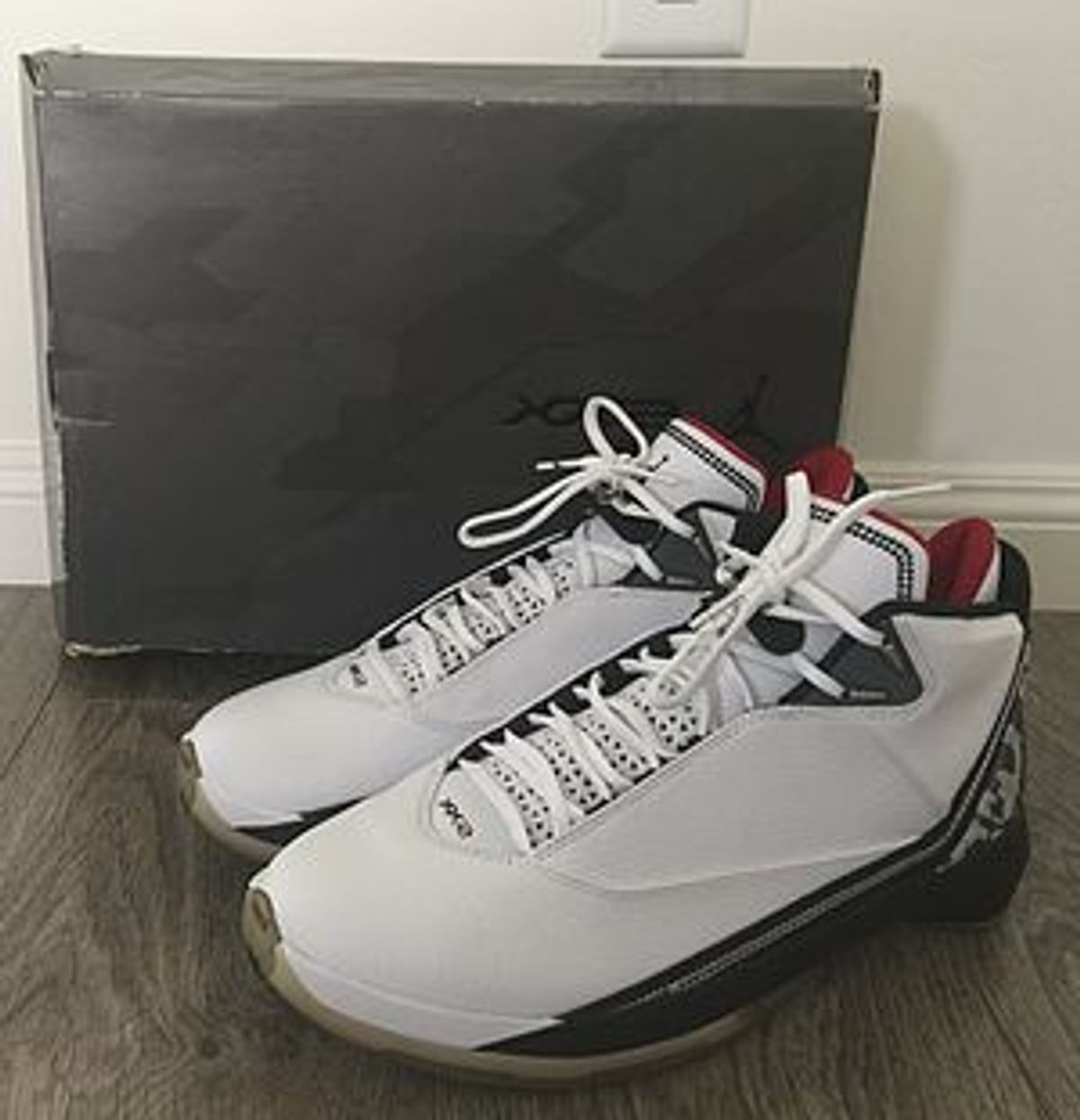 The Air Jordan XX2/XXII shoe model, designed by D'Wayne Edwards, was released on March 24, 2007. The original retail price of the model was US$175. The aggressive and sharp design was inspired by the F-22 Raptor fighter jet. Some technical features of the shoe include an updated visible and interchangeable I.P.S. suspension system, a new metallic mesh for ventilation, the Air Jordan camouflage pattern printed in reflective 3M material, and an updated traction system, based on an army general's stripes.

Two special editions of the Air Jordan XX2 model were released. The first edition was released for Jordan's birthday on February 17. This edition featured authentic Jordan Brand basketball leather. The second edition was the Omega model, part of the Alpha-Omega package. This model featured a laser-etched image of Jordan after he won his sixth NBA championship in 1998.

An entirely new line of Air Jordan XX2/XXII shoes called the released, with these shoes worn by NBA players from the Atlanta Hawks, Denver Nuggets, Detroit Pistons, and Dallas Mavericks. This Air Jordan model featured a new strap around the heel and ankle.

The promo commercial for the XX2 was directed by Mark Romanek.[15]