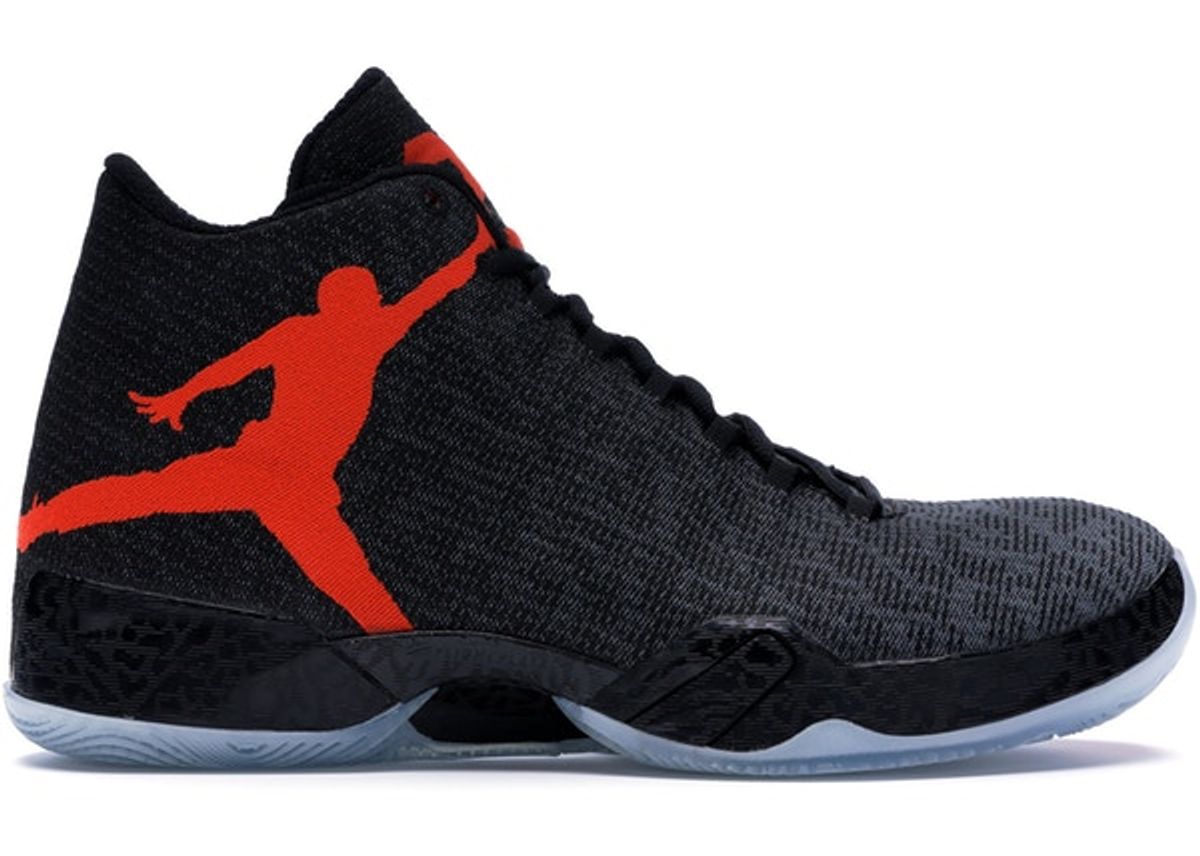 The Air Jordan XX9, also designed by Hatfield, released in September 2014 in both an elephant print and a knit edition. The shoe has already been debuted in the NBA by Russell Westbrook and Kawhi Leonard. The shoe has Flight Web for superior lockdown, a performance woven upper for comfort, support, strength, and protection, and a re-engineered Flight Plate. The XX9 also released in a pack alongside the iconic Air Jordan XI on December 23, 2014 called the "Ultimate Gift of Flight" pack.[16]

Jordan released two versions of this shoes. The regular cut and the low version. Some of the colorways released in low version are buckets, Chicago bulls, UNC, and infrared.