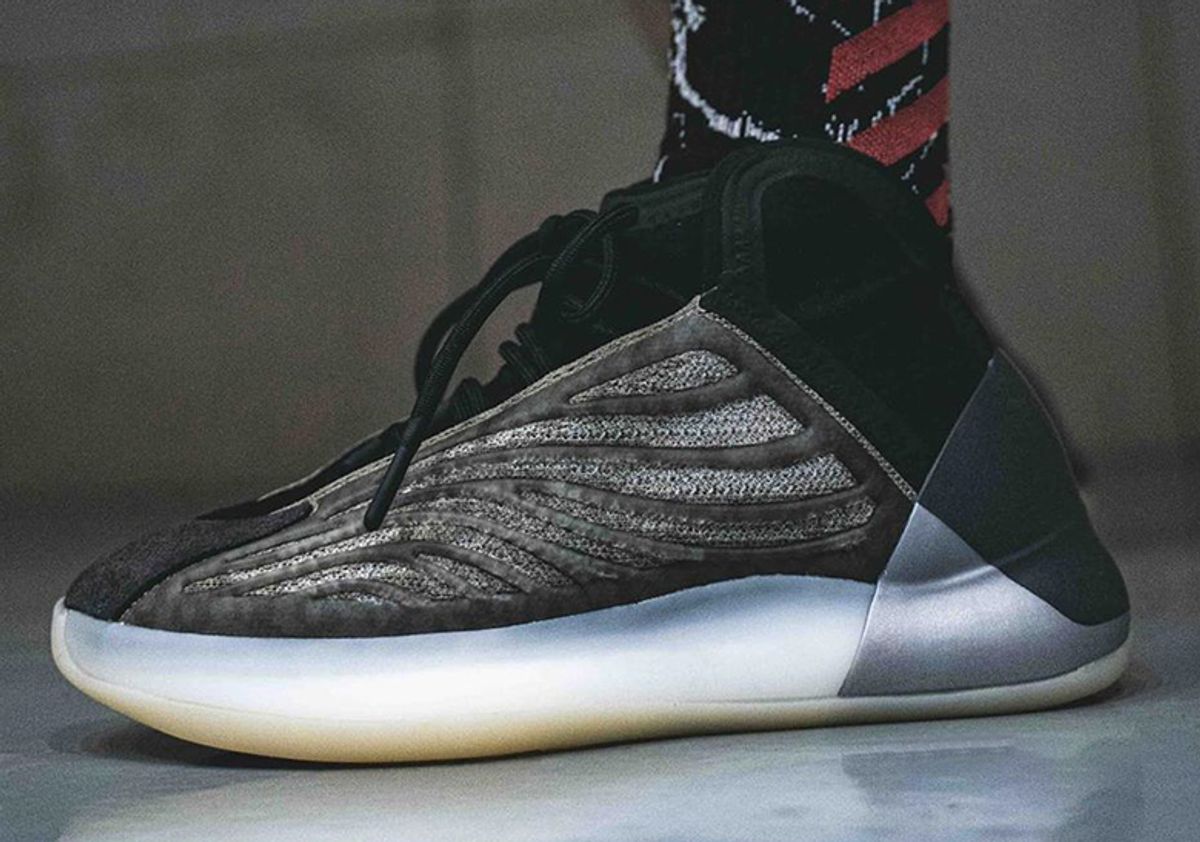 Though yet to make an official global release, the adidas Yeezy Quantum has built up quite a bit of momentum — a result of their tank-filled parade down the streets of Chicago during All-Star Weekend. And as many still await the chance to pick up a pair, the Three Stripes is ostensibly more concerned with the future as leaks of a follow-up “Barium” colorway have begun to surface earlier last March. While the tooling and supported heel are kept by and large the same — arriving in a light, opaque finish and dark black, respectively — the woven uppers tint much darker, applying what looks to be a filter of olive atop both its overlaid supports and the underlying Primeknit. Toe caps, however, prefer a much more visually pronounced suede piece, one that appears slightly faded relative to the adjacent tongue and laces. Grab an on-foot look at these right below and find them rumored to release at adidas.com and select retailers on June 13th.