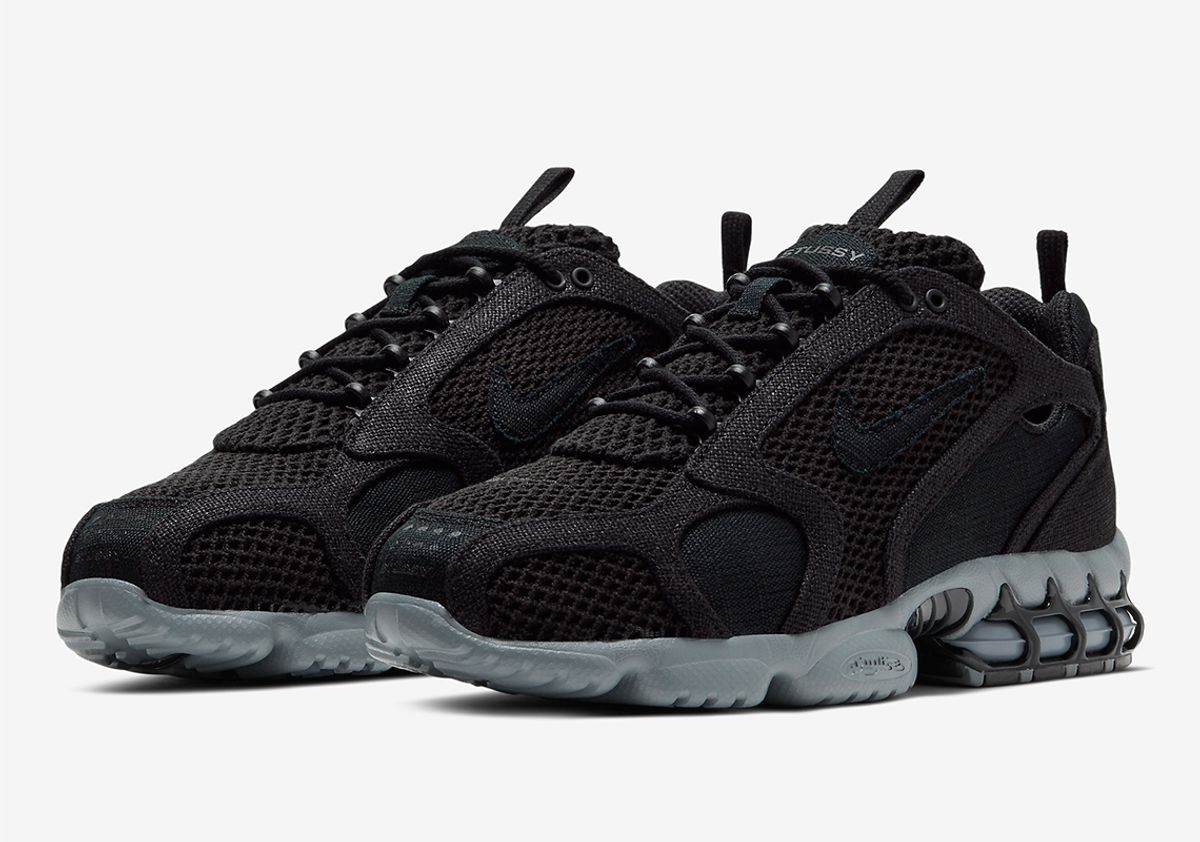 Originally contained in the text of early leaks and then further teased by way of social media, Stussy’s third Nike Zoom Spiridon Cage 2 was effectively a pipe dream as both its Silver Reflective and natural hemp alternates released without a hitch. But just today, it seems like the Black and Grey colorway may be realized very soon as official images have finally surfaced near a month after the drop of the aforementioned. Much more similar to the tan in terms of construction, the upper looks to bear the same textile make-up, dyeing entirely its mesh base, laces, and thinly paneled overlays. Webbing atop hue just a bit less saturated as does the miniature swoosh at the profile, and this same material acts as a backdrop for the “STUSSY” branding that stamps at both the tongue and heel. Finished by a light grey, seemingly blue tooling, the pair is hopefully readied for release in the coming months, but for further confirmation, keep it locked in as we update with release dates and participating stores.