Whatever adjective you want to ascribe to it, the most telling thing about the Air Jordan 1 is that the Air Jordan 1 exists because Michael Jordan didn't want to sign with Nike. As history would have it, Jordan's favorite shoe to ball in during college was Converse's Chuck Taylor, a shoe that no one would dream of seriously playing in today. But Jordan loved the shoe and wanted to sign with Converse as his career in the NBA began.

Nike drove a hard bargain (going so far as to ask his parents to drag him to Nike's campus in Beaverton, Oregon). The pitch from Nike was comprehensive: they were going to create a whole brand around Jordan, push him forward as the face for the brand, and make his wildest dreams come true. But Jordan wasn’t convinced: he didn’t like the shoes – Nike’s soles were too thick, he couldn’t feel the court under his feet. Nike capitulated on that point, it was an easy change for them to make. So they did, and the Air Jordan 1 was born. What happened over the next few years would change the direction of Nike and sneaker culture forever. 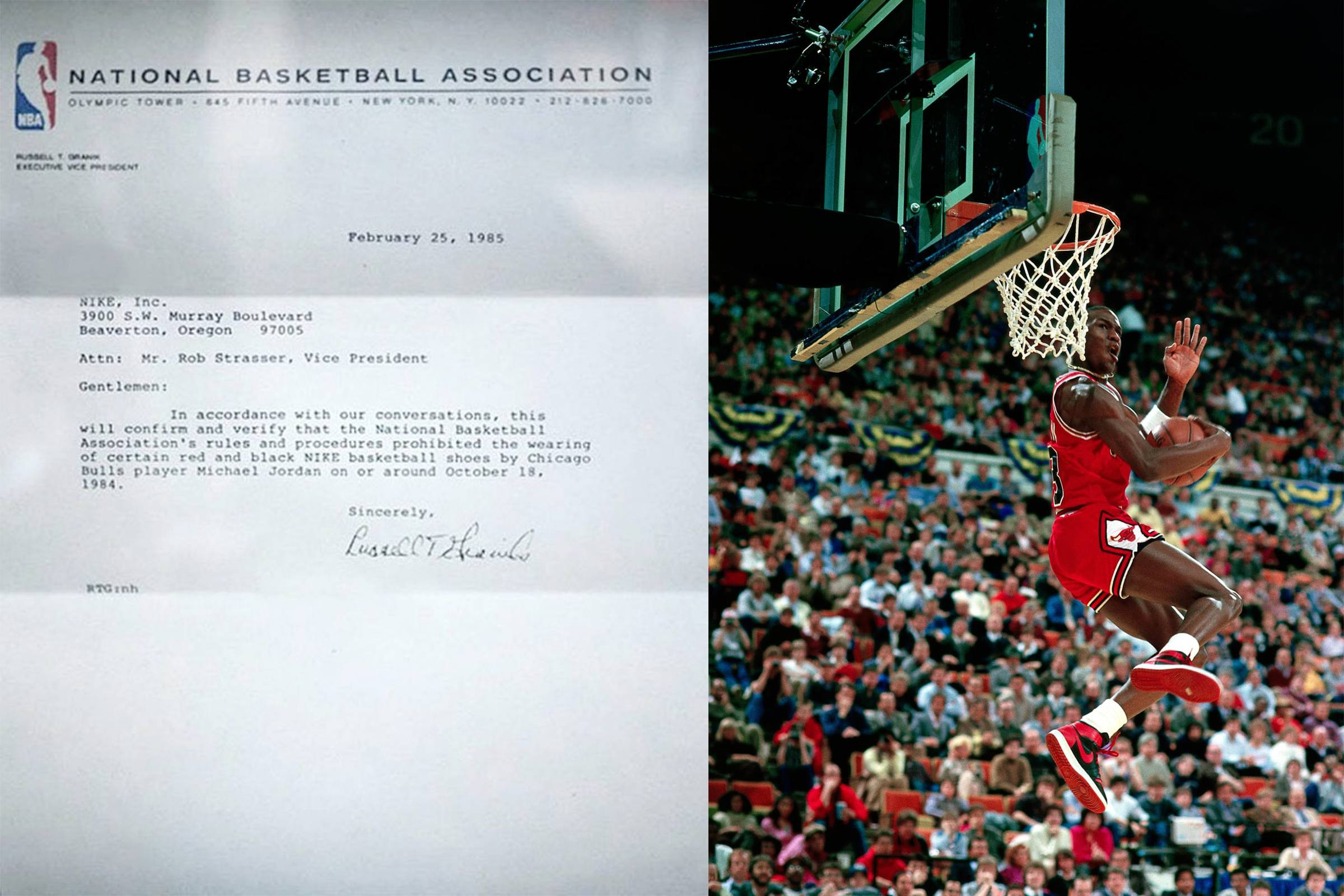 Nike’s creative director, Peter C. Moore, was tasked with designing Jordan’s first shoe. The rookie gave Moore a little direction (that the shoe needed to be “different” and “exciting,” plus the aforementioned desire to be lower to the ground), and initially hated what Moore created saying, “I’m not wearing that shoe. I’ll look like a clown.” But the shoe design that we’ve come to know grew on him and it was time to release it to the masses.

The Jordan 1 launched in 1985 at the tail end of Jordan’s rookie year, and since it wasn’t going to be ready until November, Jordan played in a different sneaker: Nike’s Air Ship. They chose the Air Ship because it shares a lot of similar design elements to the Jordan 1, and they wanted to fool the world. On the TV screens and film cameras in 1985 it was hard to distinguish an Air Ship from what would become the Air Jordan, and Nike wanted to sell those Jordans, so they let the deception endure. It was that little visual trick that lead to one of the greatest sneaker legends of all time.

The first Jordan 1 that sneaker fans think of when they think of the Air Jordan 1 is the “Banned” colorway, also known as the “Bred” or Black and Red. They’re called the “Banned” because the story goes that Jordan was fined $5000 per game that he wore them since they broke league uniform rules. It’s true that Jordan wore Black and Red sneakers, and it’s true that NBA commissioner Russ Granik sent Nike a letter about the shoes, but the rest of it is pure legend as far as anyone can tell. The shoes in question were Air Ships, and he wore them only once on October 18, 1984, before the season officially began – the letter was a warning, not a levy of a fine. There’s no confirmation of any subsequent violations, except photos of Jordan wearing the Air Jordan 1s in the same colorway during the 1985 Dunk Contest. There’s no confirmation of any fines.

The reality didn’t matter. As soon as word got out that the NBA wasn’t happy with Jordan’s footwear in the fall of 1984, Nike and their advertising agency (Chiat/Day) jumped on it immediately. Scant weeks went by before a new ad appeared on televisions all over the country:

”On October 15, Nike created a revolutionary new basketball shoe,” the narrator intones. “On October 18, the NBA threw them out of the game. Fortunately, the NBA can't stop you from wearing them. Air Jordans. From Nike."

That’s all anybody needed. The shoes dropped and sold out immediately. Nike set retail at $65 a piece, expensive for their time, and they sold out as quickly as they do today. Resellers even made a few bucks at the time, flipping the shoes for $100—a habit that basically had no precedent.