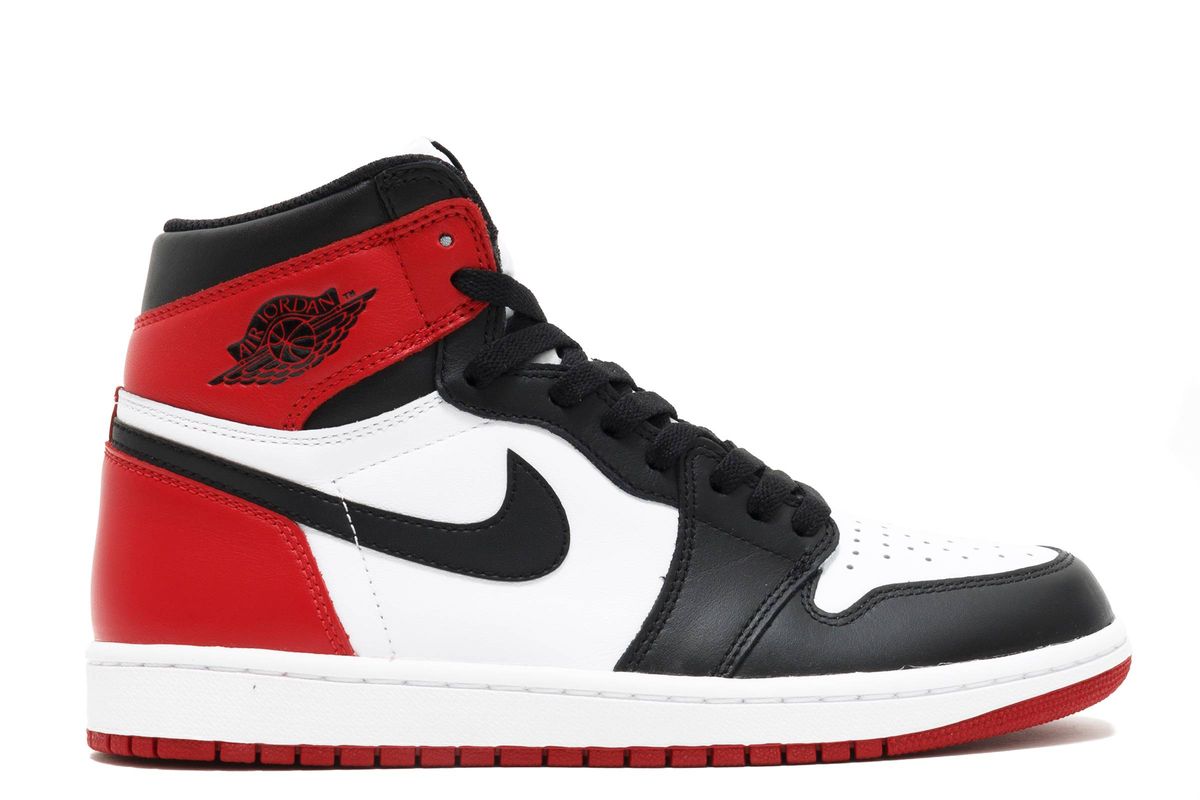 During that first season, and that first go around with the sneaker, Nike released 13 colorways of the shoe. The famous “Banned,” “Chicago,” “Royal,” “Black Toe,” “Shadow,” and “Carolina Blue” colorways, as well as Black & White, Blue & White, Metallic Red, Metallic Purple, Metallic Blue, Metallic Green, and Natural Grey. Although dozens of Jordan 1 colorways have followed these first 13, those colorways will always stand as the base for what the Air Jordan 1 would grow to become. As weird as it might sound now however, back in 1985, the shoe meant less than the man, and the 1 was no more powerful than the models that would follow them.

Until, of course, Jordan retired.

As quickly as the shoes sold out, Nike restocked them. But they made too many the second time, and they sat on the shelves. And sat. And sat. They sat for years, literally, eventually getting marked down in some places all the way to $20, and many retailers just pulled them off the shelves to marinate in the stockroom, forgotten for a generation. The Jordan 1 was quickly overshadowed by later models, especially the Jordan 3, and effectively forgotten.

The 1985 flood of Jordan 1s on the market came at the same time that the skateboarding community was looking for something new, and the two communities converged. With Jordan 1s sitting on shelves for $20, and skaters looking for affordable sneakers that were more robust than the canvas shoes they were wearing, it was a perfect marriage. Although skate culture has done little to drive the success of Air Jordan, the culture has helped to drive sneaker culture writ large: you need look no further than Nike’s SB Dunk program years later (the Dunk, it should be noted, shares a lot of aesthetic similarities to the Jordan 1). This seemingly random pairing would pay off years later when Nike’s Skateboarding program got their hands on the sneaker officially with a Lance Mountain collaboration and others.

The restock of Air Jordan 1s in 1985 also explains why, although still rare, it's easy to find pairs from that year. Determining the street value for these shoes is nearly impossible because despite their rarity, serious demand is also limited. But limited at a high cost. Depending on their condition and provenance, pairs have sold in recent years for anywhere between $3,000 and $33,000. High selling price aside, it’s worth noting: 30-plus years later, the soles will no longer walk without crumbling, so only the most committed collectors keep them as cultural artifacts and monuments to successful design.