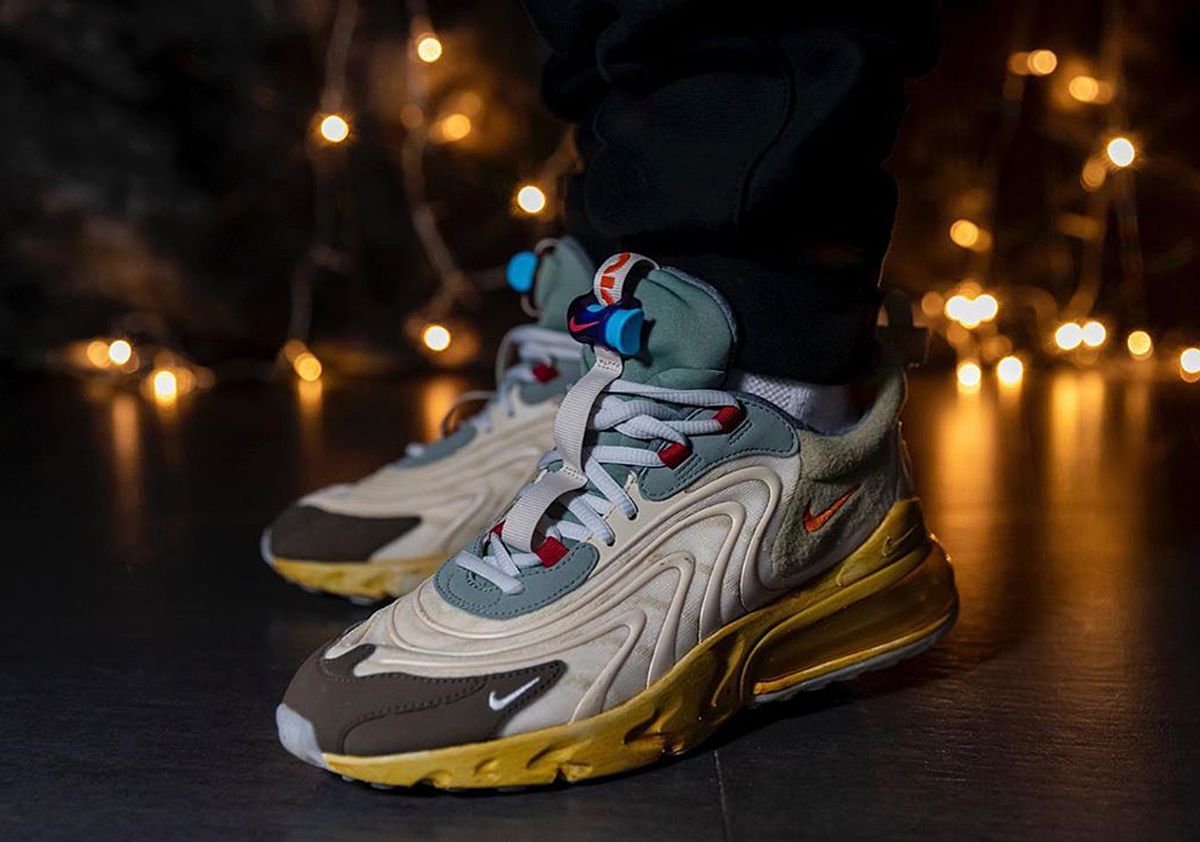 From his revered Jordan 1 to his Nike SB Dunk Low, Travis Scott is effectively one of the most influential collaborators of today’s popular culture, with every release selling out thanks to his association alone. We’ve seen it happen to lesser-loved Jordan silhouettes and we may witness such an anomaly once again as the artist transitions from “Cactus Jack” to “Cactus Trail” with the Air Max 270 React. Often a general release near solely, the silhouette is getting what seems to be its first collaboration, dyeing uneven to match the La Flame persona while infusing bits of faded color to further enhance the palette. The tooling, which is marked by a striking yellow, seems to be brushed imperfectly for character, matching that of the greyscale upper whose overlaid supports distress and chip subtly. Toe caps add padding with brown-tinged textile, sparing swatches of suede line the heel behind orange swooshes, and the tongue sits a light blue with lace toggles and the signature “Cactus Jack” branding. The latter makes its way over to the heel in cross form as well while complementing insignia dress the insole.

Interestingly enough, Travis Scott posted a video of himself in the shoes on his Instagram, although his pair featured an oversized reverse Swoosh logo. It’s unclear which style will be the released version.

Grab a detailed look at these here, and if you’re interested in picking up a set, they’re expected to release on April 10th.