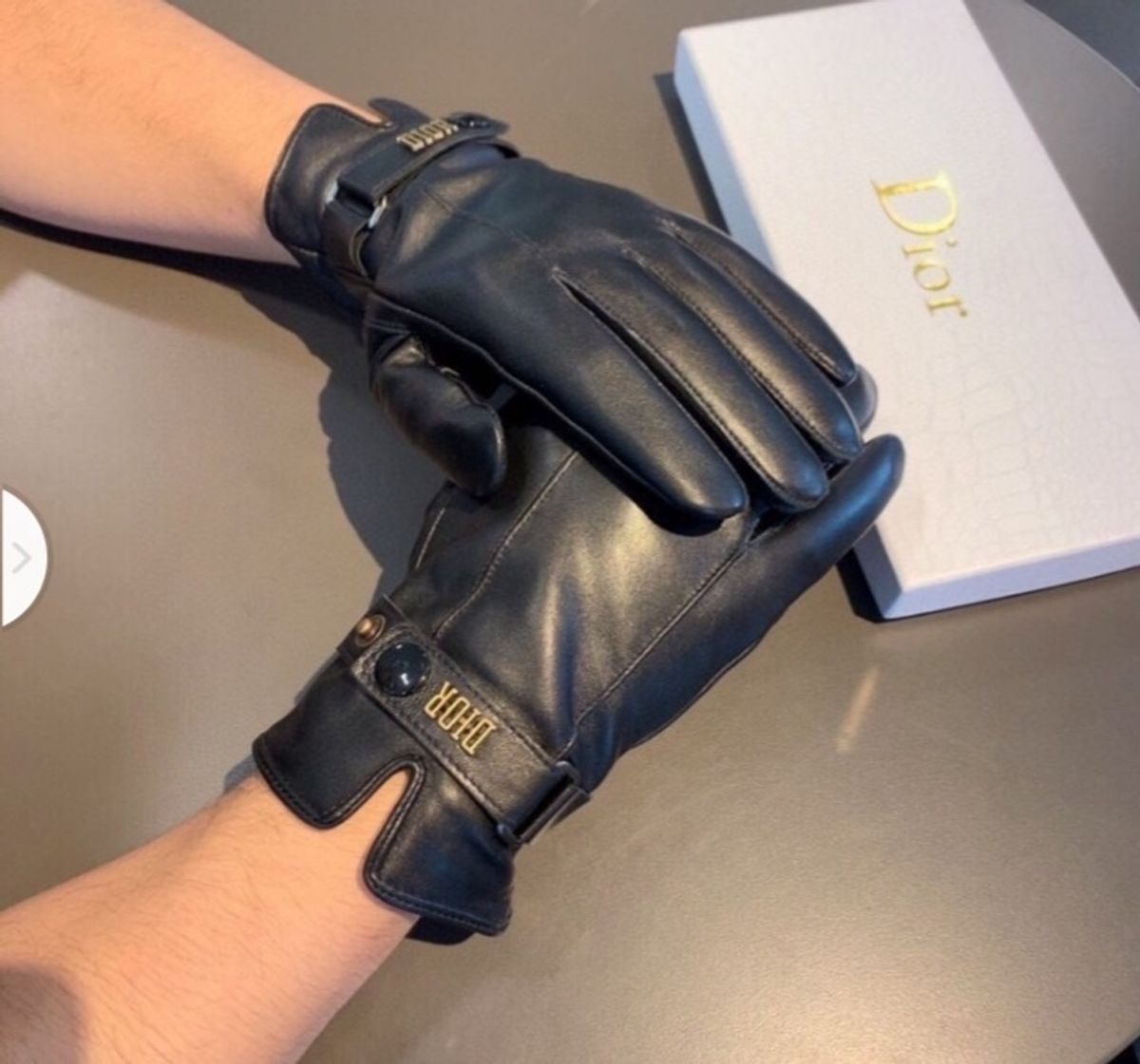 A glove is a garment covering the hand. Gloves usually have separate sheaths or openings for each finger and the thumb.

Gloves which cover the entire hand or fist but do not have separate finger openings or sheaths are called mittens. Mittens are warmer than other styles of gloves made of the same material because fingers maintain their warmth better when they are in contact with each other; reduced surface area reduces heat loss.

A hybrid of glove and mitten contains open-ended sheaths for the four fingers (as in a fingerless glove, but not the thumb) and an additional compartment encapsulating the four fingers. This compartment can be lifted off the fingers and folded back to allow the individual fingers ease of movement and access while the hand remains covered. The usual design is for the mitten cavity to be stitched onto the back of the fingerless glove only, allowing it to be flipped over (normally held back by Velcro or a button) to transform the garment from a mitten to a glove. These hybrids are called convertible mittens or glittens, a combination of "glove" and "mittens".

Gloves protect and comfort hands against cold or heat, damage by friction, abrasion or chemicals, and disease; or in turn to provide a guard for what a bare hand should not touch. Latex, nitrile rubber or vinyl disposable gloves are often worn by health care professionals as hygiene and contamination protection measures. Police officers often wear them to work in crime scenes to prevent destroying evidence in the scene. Many criminals wear gloves to avoid leaving fingerprints, which makes the crime investigation more difficult. However, the gloves themselves can leave prints that are just as unique as human fingerprints. After collecting glove prints, law enforcement can then match them to gloves that they have collected as evidence.[1] In many jurisdictions the act of wearing gloves itself while committing a crime can be prosecuted as an inchoate offense.[2]

Fingerless gloves are useful where dexterity is required that gloves would restrict. Cigarette smokers and church organists sometimes use fingerless gloves. Some gloves include a gauntlet that extends partway up the arm. Cycling gloves for road racing or touring are usually fingerless. Guitar players may also use fingerless gloves in circumstances where it is too cold to play with an uncovered hand.

Gloves are made of materials including cloth, knitted or felted wool, leather, rubber, latex, neoprene, silk, and metal (as in mail). Gloves of kevlar protect the wearer from cuts. Gloves and gauntlets are integral components of pressure suits and spacesuits such as the Apollo/Skylab A7L which went to the Moon. Spacesuit gloves combine toughness and environmental protection with a degree of sensitivity and flexibility.

GET YOUR GLOVES TODAY